Ganglia are the collection of neuronal cell bodies outside the CNS.

Nuclei are a collection of neuronal cell bodies surrounded by white matter within the CNS.

What is the Caudate Nucleus?

Caudate Nucleus is a C-shaped mass of grey matter present anatomically in relation to the lentiform nucleus and thalamus, having the following parts, caput, corpus, and cauda.

What is the Internal Capsule?

This nucleus is located in the midbrain, which also consists of two parts.

Besides the tail end of the caudate nucleus, there is a collection of grey matter placed under the lentiform nucleus and is known as amygdale.

The term basal ganglia is used for the nuclear masses (grey matter) at the base of the cerebral hemisphere. Basal ganglia are classified in two ways:

The following structures are considered the traditional basal ganglia.

A modern or clinical classification describes the lentiform nucleus and caudate nucleus having special connections with the subthalamic nucleus and substantia nigra. The neurologists consider this classification more useful in clinics.

The Globus pallidus is the medial part of lentiform nucleus, which is further divided into medial and lateral divisions collectively called pallidus striatum.

The fibers which are going from cerebral cortex to the motor nuclei of brain stem.

The fibers which are going from cerebral cortex to motor nuclei in spinal Cord, functionally corticonuclear and cortico-spinal fibers are same.

It is interesting to know that basal ganglia have electrical activity before you even start a movement. First pre-frontal cortex thinks an idea of movement, then this idea goes to premotor area and supplementary motor area, they should consult with basal ganglia and basal ganglia will refine the movement and give special signal, through thalamus this information will go back to motor cortex and from there fibers will descend as croticonuclear and corticospinal fibers to carry out movement by the muscle. When there is need to perform a movement, cortex consults with basal ganglia through direct and indirect pathways.

It is formed by corticostriatal fibers connecting with striato-pallidus internus fibers connected with pallido-thalamic fibers and in thalamus they connect with thalamo-cortical fibers. Here corticostriatal and thalamocortical fibers are glutamatergic neurons; and pallido-thalamic and striato-pallidus internus fibers are dopaminergic neurons. When you are not doing movement, motor cortex is inhibited.

How Motor Cortex is Inhibited?

Role of Direct Pathway in Movement

When someone thinks of a movement, in cortex cortico-striatal fibers will get stimulated and will release glutamate; as glutamate is stimulatory neurotransmitter, it will stimulate striato-pallidus internus fibers release of GABA in pallidus internus which will inhibit pallido-thalamic fibers and as pallido-thalamic fibers are inhibited; thalamo-cortical fibers are free from pallidal inhibition causing stimulation of motor cortex and muscle contracts. Here thalamus is acting as relay station.

Role of Dopamine and Substantia Nigra

Crotico-nigral fibers are responsible for bringing information from cortex to substantia nigra.

Neurons in striatum are under glutamatergic effect from cortico-striatal pathways and are under dopaminergic effect from nigro-striatal pathway. But neurons which are directed to globus pallidus internus have D1 receptors and neurons in the striatum which are directed to globus pallidus externus have D2 receptors. When nigro-striatal fibers fire, they have stimulatory action on the direct pathway and enhance the movement and at the same time they have inhibitory action on the indirect pathway that also enhance the movement.

GABA has two mechanisms to keep the neurons inhibited either by loading the neurons with anions or helping the cations to escape so neurons remain electro negative.

Dysfunctions of These Pathways

Classical example of direct pathway under functioning is Parkinson. In Parkinson there are:

Primary problem of Parkinson is degeneration of neurons in pars compacta of substantia nigra, insufficient release of dopamine leads to hypo-stimulation of D1 receptors, then these striato-pallidus internus fibers are not competent enough to initiate the movement. When these fibers are inhibited, they release less dopamine in pallidus internus, pallidal neurons are disinhibited and pallidus internus-thalamic fibers will slightly over fire and they secrete more GABA in thalamus, which cause inhibition of thalamo-cortical neurons, so thalamo-cortical activity decreases, resulting in less stimulation of motor cortex, it is difficult to start a movement which is also called as hypokinesia.

Effect on the Indirect Pathway

In Parkinson disease, nigrostriatal pathway degenerates, it decreases dopamine in direct pathway as well as in indirect pathway at D2 receptors, causing little inhibition of striato-pallidus externus neurons, they will over fire and more GABA will release, cause less “gabaminergic” in pallidus externus- subthalamic neurons, so decreased GABA in subthalamus results in over firing of “glutamatergic” subthalamo-pallidus internus fibers. It will lead to stronger stimulation of pallidus internus-thalamic neurons and they will release more GABA in thalamus, now thalamo-cortical neurons are also inhibited. “So when both direct and indirect pathways have loss of dopaminergic activity, they will lead to hypo stimulation of motor cortex, making difficult to initiate the movement and lead to hypokinesia or akinesia.”

Due to hypokinesia of facial muscles, it becomes difficult to change facial expressions and this is known as masked face of Parkinson disease.

There are cholinergic fibers in striatum which have opposite action to dopaminergic fibers. For normal motor function, there should be balance in cholinergic and dopaminergic activity in striatum. When dopaminergic activity decreases (e.g., Parkinson), relative cholinergic activity increases. There are some neurons within the lentiform nucleus which are making “reverberatory circuits” (responsible for maintaining tone in flexors and extensors), when dopamine is less and acetylcholine is unchecked, these reverberatory cirucuits become fast, so it results that even in resting conditions agonists and antagonists are working in alternate fashion, and it will produce tremors and here they are known as resting tremors of Parkinson.

In California some young people started presenting Parkinson symptoms and all of them were street heroin addicted which later was found to be contaminated with methyl-phenyl- tetra pyridine, this can damage nigro-striatal neurons and patients can develop Parkinson like disease even in very young age.

Parkinson like conditions also occur when patient is using dopamine receptor blocker-antipsychotic drugs block D1 and D2 receptors and functionally its like loosing nigro-striatal pathway, after sometime patient can complain of new problems of shaky palsy and unable to move around. This is a drug induced Parkinsonism. Always remember that basal ganglia lesions don’t produce paralysis, either they reduce movement or produce abnormal movement.

In all these types, damage is in indirect pathway, so movement will be excessive.

Sudden, brisk, purposeless flying movements of limbs. When gabaminergic neurons in caudate nucleus (striatum) are damaged, indirect pathway is dysfunctional and many motor programs are abnormally released. If indirect pathway is disturbed and motor cortex is over stimulated it may cause inappropriate release of multiple motor programs. In chorea from CNS motor programs which are stored there; haphazardly their components are released and they result into sudden uncontrollable or involuntary purposeless movements.

It is inherited disorder on chromosome number 4, there is a special gene (Huntington’s gene), in this gene trinucleotide repeat CAG are amplified, that results in abnormal production of toxic protein which damage gabaminergic neurons of indirect pathway as well as cholinergic pathway so that dysfunction of basal ganglia occurs and choreoform movements will occur. These patients also develop dementia and depression. In Huntington’s disease, head of caudate nucleus degenerates and lateral ventricles appear as if it is abnormally widened.

It is transit chorea which occurs in rheumatic fever due to inflammation of caudate nucleus and is more common in girls. It is short term and transit. It gets resolved when rheumatic fever is resolved.Charachteristics of trinucleotide diseases:

After every generation, trinucleotide repeat amplify, during gametogenesis trinucleotide genes are over copied, so children have more repeats than parents.

-Disease becomes more sever and appear at early age as compared to parents.

It is an inherited disease of copper metabolism, progressive in character, related with chromosome number 13. Due to low level of ceruloplasmin in blood, copper starts accumulating in caudate nucleus, liver, lentiform nucleus and cornea. It is also called “Hepato-lenticular disease”.

Strepto B-hemolyticus, Lanzfield group A, rheumatogen strain, attack throat. Most of children form antibodies against these bacteria but 3% children’s immune system fires back against bacteria and also attacks on some of our own tissue which have antigenic similarities with bacterial antigen. These antibodies may cross react with cardiac tissue, synovial membrane, skin and caudate nucleus.

These are slow, sinus and rhythmic movements. All diseases which can produce chorea can also produce athetosis. Some patients have both chorea and athetosis, and we call it choreo-athetosis.

Difference Between Chorea and Athetosis

If motor programs (motor commands) are haphazardly and rapidly occur, then that will cause chorea. If motor programs are released slowly and rhythmically, and one movement converts into other movement smoothly, it is called athetosis.

-If it is unilateral, it is called hemibellismus.

-If it is bilateral, it is called bellismus.

In a psychotic patient who is taking dopamine receptor blockers for very long time , the dopamine receptors will up regulate in striatum, tissue becomes hypersensitive to dopamine and if too much dopamine is accumulated in indirect pathway, it will be excessively inhibited, and cause dyskinesias. 8 Mostly this problem occurs in female patients over 50 years of age using antipsychotics for very long time and they develop strange choreoathetosis type movements usually in jaw, lips, tongue and in facial muscles. 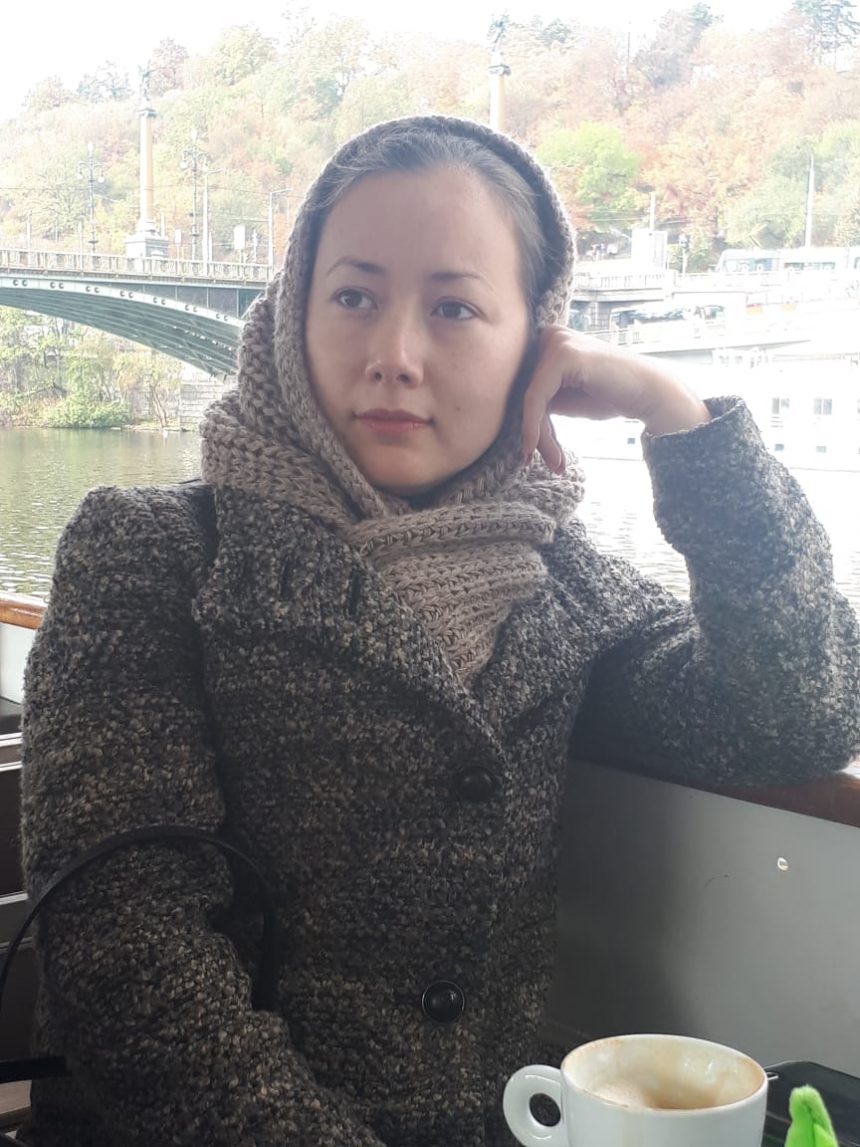